1800 years ago, around the Chikugo River, there was a rich village with a lot of land.

When Empress Jingu appeared in Kyushu, she asked to get rid of the bad guys.

The Empress prayed to God and said, “Use this tide ball to empty the river, ask the river spiral shell to build a castle overnight, and this time use the tide ball to water it all at once. Put it in and attack it with water to destroy it. “

After this, the village became a quiet and peaceful village. Empress Jingu wanted to build a shrine to celebrate God and released a white egret. She said, “I would like to build a shrine in the place where the egret descended. Please show me the place.”

The egret soared into the sky, flew along the Chikugo River for a while, and then descended to the place where fresh water springs.

The Empress named it Shirasagizuka, and built a shrine to worship the gods near it, and named Ninagi, and was called Minagi Shrine. In addition, the village protected by Kawanina (the river spiral shell )was called Nina Shiro. It is said that Nina Shiro gradually became a place named Hinashiro. 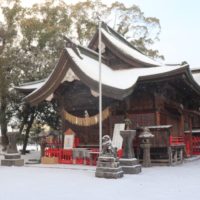 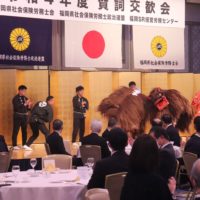